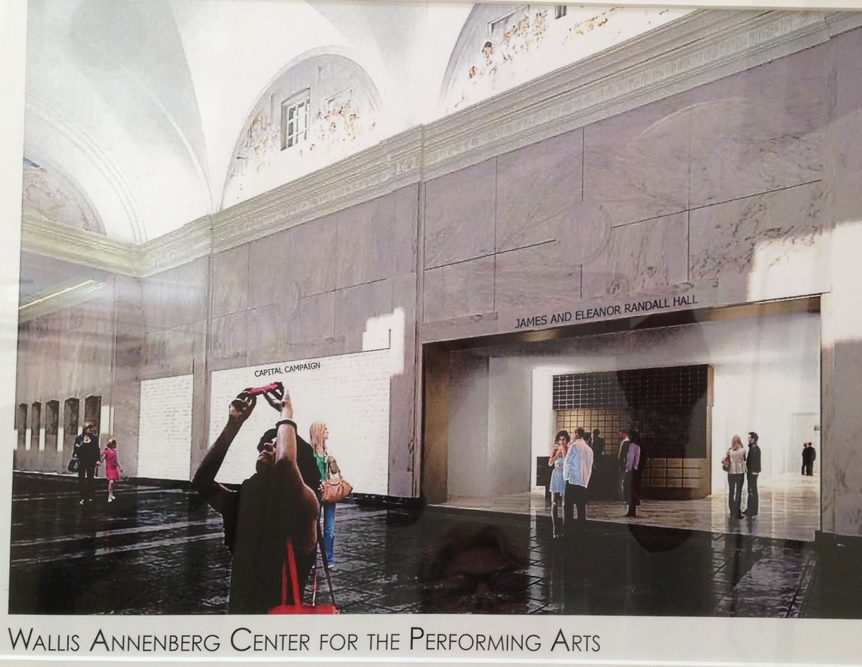 In the heart of Beverly Hills, extraordinary civic and arts leadership has championed the preservation and restoration of the Historic Beverly Hills Post Office into a new cultural destination, the Wallis Annenberg Center for the Performing Arts.

The Randall Family Foundation is proud to have committed a $2 million grant to the Wallis which celebrates its Grand Opening in October 2013. As audiences, families and visitors arrive at the Wallis they will step into the Jim and Elearnor Randall Grand Hall.The BH Post Office, Opened in 1933 during the Great Depression, is listed on the National Registry of Historic Places and the Grandhall in particular reflects the singular workmanship of the WPA-era craftsmen.

The Grand Hall is noted for its marble floors and walls and also for the eight rare wet-fresco murals crowning the vaulted ceiling. As the programming season commences in November 2013, The Wallis will be presenting the finest theater, music, dance and children’s theater from around the world in the 500-seat Bram Goldsmith Theater and in the intimate 150-seat Lovelace Studio Theater.

Plans at the Wallis also include a professional theater school for students from throughout Los Angeles; launching later in 2014

Any cookies that may not be particularly necessary for the website to function and is used specifically to collect user personal data via analytics, ads, other embedded contents are termed as non-necessary cookies. It is mandatory to procure user consent prior to running these cookies on your website.